OPINION: I wish to express my absolute disappointment with the results of the poll for a Ma¯ ori ward in Kaiko¯ ura. As a Pakeha I was delighted when I saw the Kaiko¯ ura District Council was forward-thinking and voted for a Ma¯ori Ward. I thought great, finally some councillors who are informed on the Treaty of Waitangi and have had the guts to do what is right. There is an argument that having a Ma¯ ori Ward is undemocratic. However the Treaty was signed before there was a government — it is what gave the Queen the right to set up democracy in New Zealand. We can’t just ignore a contract we signed 178 years ago because it doesn’t suit us — I am sure some of us would ignore a mortgage contract if we could, but it wouldn’t be right! The Treaty of Waitangi, second article states: The Queen guarantees the Chiefs and Tribes of NZ the full, exclusive and undisturbed possession of their lands, estates, forests and fisheries. Now who has a say on these things these days? The local council. Hence it is essential to honour the contract our forefathers signed and Ma¯ori have a statutory position in having a say. I know for some of us Pakeha, we don’t feel like the Treaty is relevant anymore, we say things like ‘‘it was so long ago’’. However colonisation has made it irrelevant to us because we moved in and basically changed the rules and way of life to suit ourselves. For some of us, our forefathers by government design, didn’t know about the Treaty, for others they conveniently forgot the Treaty, while others actively hid the Treaty. However, for Ma¯ori, many know six or seven generations of family members who have spent their life trying to get justice. For them 178 years isn’t that long ago. Not only have they paid for the cost of the Treaty not being honoured, the livelihoods, lands and life lost because of it but also lifetimes of trying to make it right. Hence the Treaty is very relevant to Ma¯ ori and it should be to Pakeha. Some of us say ‘‘ what can we do, it wasn’t us who did anything wrong’’, or ‘‘why should I feel guilty about something I didn’t do?’’. This is true, but from my experience by just acknowledging the wrongs that did happen and having a willingness to help put them right, puts me in a position to start having a relationship and conversation with Ma¯ ori and I don’t feel like a bad person just because I am Pakeha. It doesn’t take much research to find the policies and laws all over the history records that show how extremely unfairly and outright cruelly Ma¯ ori were treated. It’s as simple as ‘do unto others as you would like done to yourself’. It is nothing to fear to do what is right. It isn’t our fault that our forefathers made unfair decisions but this was a opportunity to start making it right! Mayor Winston Gray, don’t regret backing the establishment of a Ma¯ ori ward – it was the right thing to do. There just wasn’t enough information, education and a alternative view to the lobby group Hobson’s Pledge. So I say let’s all get informed and look at having another vote! Fellow Pakeha/NZers let’s step up. 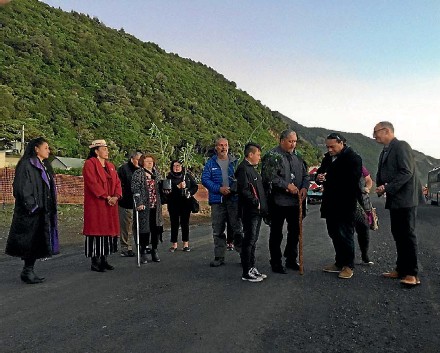