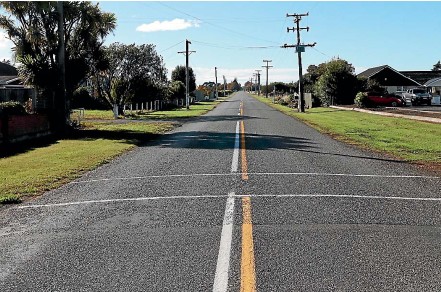 A man who damaged two police cars is unlikely to pay for the damage, his lawyer says. Gordon Green, 43, was pulled over by police in Picton but drove off before giving his details on December 10. In Tuamarina, south of Picton, Green refused to pull over for police, and drove recklessly on State Highway 1, according to the charges laid by police. He entered a rural property, and took a vehicle from the property worth $9000, before intentionally damaging two police cars, resisting two constables, and giving police false or misleading information. Green, a landscape gardener of Dunedin, appeared by audiovisual link at the Blenheim District Court on Tuesday. He admitted charges of failing to remain stopped for police, reckless driving, giving police false or misleading information, two counts of resisting police, failing to stop for police, unlawfully entering a property, unlawfully taking a vehicle, and two counts of damaging a police vehicle. His lawyer Marcus Zintl had challenged parts of the police summary of facts, but was negotiating that with the Crown and an agreed summary would be produced before sentencing, he said. He asked Judge Garry Barkle to order reports assessing whether a sentence of home or community detention was suitable, as well as a drug and alcohol report and a cultural background report. Zintl said he did not believe Green was in a position to pay any reparation. ‘‘You can’t get blood out of a stone.’’ However, Green was prepared to meet with people affected by his offending through restorative justice, Zintl said. Green was also facing a burglary charge in the Dunedin court which he would appear on later this month. Judge Barkle ordered a drug and alcohol report, a presentencing report and assessment of Green’s ability to pay reparation. He also referred the case to restorative justice. Green was remanded in custody to August 23 for sentencing. REGIONAL EDITOR Ian Allen 03 9843403 or ian.allen@stuff.co.nz NEWSROOM Reporters, 03 9843403 or mailbox@stuff.co.nz ADVERTISING AND CIRCULATION INQUIRIES 03 9843403. Delivered every Saturday. CLASSIFIEDS Call 0800 835 323 or email marlboroughclassifieds@stuff.co.nz FAMILY NOTICES Call 0800 287 322 or email familynotices@stuff.co.nz MISSED DELIVERY? Didn’t get a paper? Register at fixmydelivery.co.nz or see e-editions at neighbourly.co.nz/saturdayexpress NZ MEDIA COUNCIL This paper adheres to the principles of the New Zealand Media Council. To find out more or to make a complaint visit mediacouncil.org.nz.