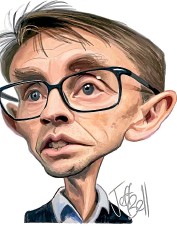 TALKING POLITICS OPINION: Last week’s send-off for the outgoing Director-General of Health, Ashley Bloomfield was a reminder that ordinary people can rise to the challenge of a crisis, and achieve extraordinary things. Public servants often get painted as useless and bureaucratic by some politicians. Instead, Bloomfield became a household name by conveying essential information extremely well. Not that he was beyond criticism. Despite the mounting evidence to the contrary, our Health Ministry echoed for far too long the WHO’s ill-judged scepticism about the value of mask wearing and about whether Covid really was being transmitted by the aerosols we exhale. Regardless of such relatively rare mis-steps, Bloomfield ended up being that rarest of creatures, a public figure who people felt they could trust. That said, there was something profoundly retro about last week’s finale to the Bloomfield era. There was almost a sense of nostalgia for the olden days of 2020, when the response to Covid had been more simple and straight-forward. At the height of the pandemic, the government and Health Ministry were widely supported when making key decisions to protect the community. Yet since the virus began being viewed as endemic, people have largely been left to fend for themselves and their families as best they can, even while the Covid caseloads (and the death numbers) have climbed to alarming levels. In line with that shift, central government has been making booster shots and anti-viral pills more readily available. In important ways, we’re now largely on our own. Living with Covid can be a lonely business. Some of this change is due to the government concluding that it can no longer afford the wage subsidies and business supports that had kept the economy ticking over, and people in jobs. To some extent, the fears about inflation now outweigh the fears of infection, and a certain daily death toll from Covid has become socially acceptable. Crucially, any mandatory rules about Covid now carry more risks than rewards for the politicians calling the shots. What has remained constant is the plight of frontline workers in our chronically understaffed and underfunded health system. Through the winter, health workers have had no respite from Covid. They’ve also been treated shabbily when seeking the pay recognition due to them for their efforts. Meanwhile, the Omicron variants have been learning better ways to bypass the protections offered by vaccines, and by our immune systems. The costs of long Covid, and of deferring healthcare for other serious health conditions is also becoming apparent. The bills for modern drugs also keep rising. Because New Zealand has been turned into a low wage economy, we now struggle to compete with other countries when it comes to attracting the foreign nurses, GPs and specialists we need to care for our ageing population. Obviously, the current crisis in public health has been decades in the making by both Labour-led and National-led governments alike. Yet given the unhealthy state of our parliamentary procedures, it would be fanciful to think that our politicians would ever agree to work together co-operatively, in order to address some of the problems now confronting public health. Not even Ashley Bloomfield could work miracles on that scale.