Carried away: My stumble on stairs 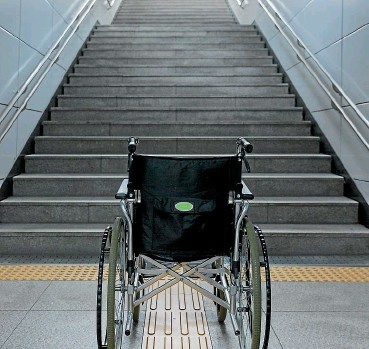 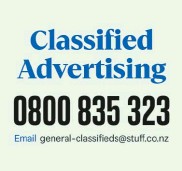 We’re at the concert where I’m sure the stairs have changed. The last time we were here there were fewer of them, still enough to make things impossible, but tonight there’s a steep flight, then a landing, then another steep flight of the things. ‘‘That flight’s new,’’ I say to the security guard’s back. ‘‘I think you’ve just forgotten about it,’’ he says, panting. The security guard is panting because, while I drift up the stairs wondering aloud at how they’ve grown in the past few years, he and his colleague are carrying a most precious cargo ahead of me. One of the guards is going backwards up the stairs, the other forwards; between them is the wheelchair and in it is a person. This is the place I wrote about months ago, raging about these stairs. That was back when I thought they weren’t as bad as they actually are, though I reluctantly admit it’s probably my memory and not some dark magic to blame. Anyway, we’re going up them, which is what I refused to do four years ago when we wanted to see the rapper performing in the venue at the top. He’s back here tonight and while the stairs might not have changed, my resolve to conquer them has. This venue is just one of myriad New Zealand places plagued by inaccessibility issues. Those issues are something we tend not to notice until we have to but once we do they’re everywhere. From the recycling bins hogging the footpath to the boxes piled in the supermarket aisle, this is all too often a thoughtless world so many people have to navigate. And then there are the bloody stairs. Four years ago, on finding these had shut us out, I mustered the particular rage possessed by women in their 40s and rang the manager, certain there must be another way. There wasn’t, he said, but wheelchair users have long been carried up and the staff would let us in early and give us a hand to do it. It was a proposal I furiously declined, and when the same issue presented itself a few months ago, I furiously wrote about it, marvelling it hadn’t changed; declaring we’d take up that long-ago offer and adding a bit of a call-out. ‘‘I’m just going to ask the owner to be there on the night,’’ I wrote, ‘‘because maybe, just maybe, lugging one more paying customer up their stairs might make them think.’’ Columns born of rage or injustice are always much easier to produce than any others but perhaps the hardest thing to write is that I got it wrong. The venue’s owner won’t be there on the night but weeks beforehand he speaks to me on the phone. The stairs have long hung heavy on his conscience, he says, and the business has tried for years to install a lift but the age of the building prevents it. Apologising for that and because he won’t be there, he gives me the manager’s number; says to show up early and messages me on the day assuring me that everyone will be waiting to help. They are. At the bottom of the stairs a group of burly bouncers jostle to do the honours and those who do make it a breeze. They are funny and strong, and at the top the manager is apologising, checking we’re OK; thanking us for tackling the stairs. The music was great, though the lesson from the evening was even better. Some things need to change, others never will, but people are almost always good if you give them the chance to prove it.