Home affordability has declined by 14.3 per cent nationwide over the past year due to house price and interest rate rises, new Massey University analysis shows. Median house prices increased by 3.7 per cent, or $30,000, nationwide over the three months to August, according to the university’s latest Home Affordability report. Over the same period, interest rates started to rise from record lows and the combination meant home affordability dropped by 2.7 per cent. That contributed to the annual decline in affordability. But the national house price-toincome ratios improved over the quarter to August, with prices moving from 12.4 to 12 times the average annual wage. Massey University professor Graham Squires said the results highlighted what a powerful variable interest rates were in the housing affordability equation. The big housing story this year had been soaring prices, but the increases were starting to taper off, and that improved the price-toincome ratio slightly, he said. ‘‘Now affordability is worsening because of rising interest rates. This will dampen prices further, but interest rates are a doubleedged sword because higher rates mean higher servicing costs for property owners.’’ The Reserve Bank lifted the official cash rate by 25 basis points to 0.75 per cent on Wednesday. It was the second rise this year, after it was cut to a record low 0.25 per cent when the Covid pandemic started last year. Banks had been raising rates in response to the hikes. Squires said this signalled the end of the low interest rate environment that had been at play in recent years. While higher servicing costs were not good news for property owners, people still held on to housing assets longer than other assets as they assumed appreciation would outstrip the costs of holding, he said. Of the regions, the biggest annual drop in affordability was Manawatu¯ /Whanganui where it was down 57.9 per cent. Bay of Plenty, Gisborne, Hawke’s Bay and Tasman followed with declines of more than 30 per cent. Canterbury had the biggest quarterly decline in affordability with 20.2 per cent, while Bay of Plenty, Manawatu¯ /Whanganui and Southland recorded drops of more than 15 per cent. In Auckland, affordability declined by 6.6 per cent over the quarter and 11.0 per cent over the year. The region remained the least affordable in the country with a price-to-income ratio of 15.7. Median prices were up in nine of 16 regions over the quarter with the biggest increases in Marlborough (34.6 per cent or $225,000) and Waikato (6.8 per cent or $50,000). Manawatu¯ /Whanganui had an annual price increase of 35.6 per cent or $160,000. Financial capital flowed around the country easily, and yields had been better in more affordable regions, such as Manawatu¯ / Whanganui, he said. ‘‘That attracts capital and has led to price increases, which means that all the regions are now struggling in terms of affordability.’’ 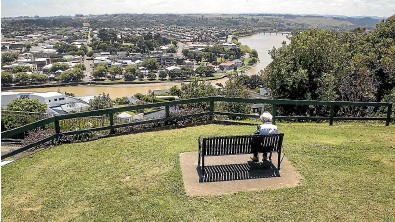