The good, the bad and the All Blacks

SUCCESS Paul Cully Bigger-picture thinking is needed to conclude that the All Blacks’ season was a success, and even then the losses to France and Ireland weigh heavily on the mind. In a year when the All Blacks spent plenty of time living out of suitcases, a 3-0 Bledisloe Cup series, a Rugby Championship title and a brutal but valuable reintroduction to northern hemisphere rugby are big ticks after two years of Covid disruption. Let’s start with those losses in Dublin and Paris. If the All Blacks are to win the World Cup, those defeats will come to be seen as the starting points. Fatigue aside, coach Ian Foster likely learnt more about his players than a whole season of Super Rugby could provide. He mightn’t like some of those things, but, the point is that he learnt something. That intelligence will inform every decision he makes in the next few years, and it would be a big surprise if we didn’t get a much, much clearer picture of the preferred 23 next year, starting with three tests against Ireland. By simple mathematics, a number of players used this year won’t be part of that smaller squad to face Ireland. When Foster names his selections for Ireland in 2022 the lessons he took from this year will become a lot clearer. That is a good thing, and it may also be that the losses to Ireland and France open the selectors’ minds to players outside their current squad. That is also a good thing, because they initially left out Samisoni Taukei’aho this year before a head knock to Asafo Aumua opened the door. In hindsight, that initial omission was a mistake, so the selectors probably received a wee reminder to look again at their own methods. Are they sure they’ve got their processes right? Again, that’s an important lesson that may have eluded them had they won every test this year. If that is taking a positive from a negative, let’s also give the All Blacks some credit this year. They played some good stuff, and introduced a number of promising players. Taukei’aho was one, and Ethan de Groot is another. Tupou Vaa’i – Italy test aside – also continued to develop nicely, and Dalton Papalii is on the way to becoming world-class. Quinn Tupaea made enormous strides in the midfield and it was clear that Will Jordan had worked hard on the less glamorous parts of the game. He bounced back from a rough test against the Springboks and looks like a superstar in the making. Those younger guys – Ethan Blackadder and Finlay Christie are both good examples – stepped up this year and showed they could bring a different sort of physicality and energy that is going to be vital in France in 2023. The group was out on its feet by late November. Blackadder was described to me as being ‘‘near catatonic’’ in the Dublin dressing-room. That defeat will sting, and so it should. But 2021 may have been the making of a number of All Blacks, and that’s the success I’m looking at. FAILURE Marc Hinton Numbers, schmumbers. You can dress digits up to mean pretty much anything you want them to. Like, did you know the All Blacks, who went 12-3 for the year, won 80 per cent of their tests in 2021? That equalled Ireland’s hitrate (8-2) and was superior to England’s 70 per cent success (7-3) and France’s 64 (7-4). When you line the All Blacks up against their southern rivals, their numbers are even more impressive. World champions South Africa, who played pretty much the whole year in a biobubble, went 8-5 (62 per cent) and the good old Wallabies herked and jerked through a 7-7 annum that included three straight defeats to the All Blacks and an 0-3 northern tour. So, strictly speaking it’s hard to make a case that an 80 per cent success-rate can be considered a failure, right? Wrong. Bear with me. Of those 15 tests the All Blacks played in 2021, 11 of them were laydown miseres, or something close. July was a doddle, with all due respect to the improving Fijians, the Wallabies a barely functioning unit round Bledisloe time, Argentina in freefall, the US the equivalent of a half-decent club side and Wales were down over 20 frontline players in their non-window clash at the Principality. So, the harsh reality is the All Blacks had four tough, demanding tests in 2021. And lost three of them. They went 1-1 against the Boks in a pair of grindfests in Queensland, and the finished their year with comprehensive defeats to Ireland (29-20) and France (40-25). That constitutes failure to me, and surely any side that holds its standards as high as the All Blacks. Ian Foster’s men have had their shortcomings laid bare; now they have a season and a-bit to address them. They’ve got to find a worldclass No 6, settle on a midfield, make big calls on tight forwards who have fallen off the pace in aspects of the game, figure out Ardie Savea’s best position, assess whether Sam Whitelock and Dane Coles have two more years in them and develop top-end depth at halfback, loosehead prop, lock and the centres. Does that sound like the sort of issues a successful team takes into its off-season? Some players have enhanced their reputations. Savea and Rieko Ioane had outstanding campaigns, Jordie Barrett nailed No 15 when eventually given free reign, Dalton Papalii, Ethan Blackadder and Will Jordan showed test class, Beauden Barrett answered the great No 10 debate and Samisoni Taukei’aho looks a keeper. But others took worrying steps backwards. The props appear one-dimensional, that second row looks in need of a refresh and there is still room for another top wing (Caleb Clarke anyone?). Foster can hide behind the numbers, and demands of these unprecedented times, as much as he likes publicly, but he’s smart enough to know he has a laundry-list of fixes, and a shrinking time-frame to do so. All is not lost by any means, but the first step towards a solution is understanding the extent of the problem. 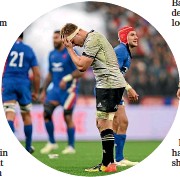 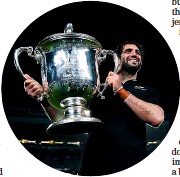