All Whites star plays out boyhood dream in Italy

Liberato Cacace tells Phillip Rollo about taking on AC Milan, Juventus and beating the club he supported growing up. 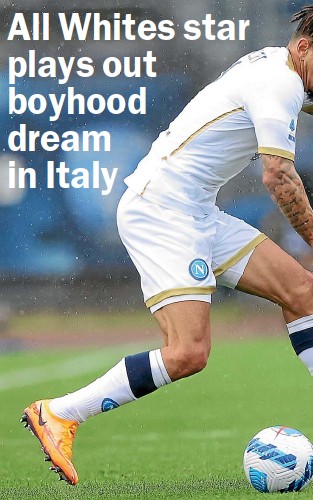 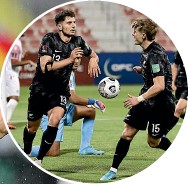 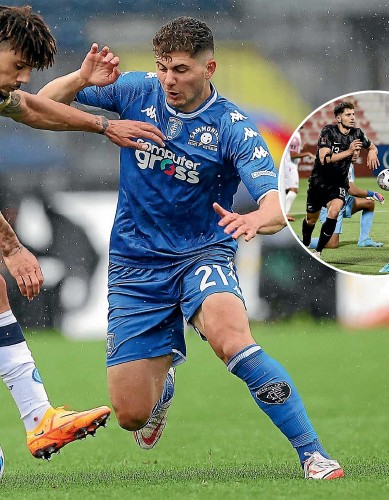 All Whites star Liberato Cacace had one request for his agent when Italian club Empoli came calling in January: ‘‘Try to get it done’’. Cacace created history when he became the first New Zealand man to play in Italy’s Serie A after securing a short-term loan from Belgian Pro League club Sint Truiden on transfer deadline day. The 21-year-old left-back said Empoli tabled their offer very late in the window. There had been no interest with only week to go, so he figured he would likely have to see out the season in Belgium. But things moved very quickly when Riccardo Marchizza suffered a season-ending injury against Roma on January 24, forcing Empoli to enter the market to sign a replacement. ‘‘I was focused on my football in Belgium. We were playing midweek games, usually two or three games a week, but obviously I had one eye on the transfer window as well, seeing what was popping up,’’ Cacace said. ‘‘But then with like three or four days remaining in the window some interest came up and knowing it came from Italy it was a decision I couldn’t turn down. ‘‘I’m very thankful that SintTruiden gave me the opportunity to play in Europe and I wish I could have done a bit more there, I don’t think I showed my full capabilities, like I didn’t score a goal in Belgium. Towards the end it was becoming pretty difficult but once that opportunity came I felt like I was ready and needed a fresh start, and there was no better way than going to Italy.’’ Cacace made his debut a week later in a 0-0 draw against Bologna, replacing Fabiano Parisi with 20 minutes left in the game. His first start came three games after that, in a 3-2 defeat against 36-time champions Juventus. It was the first time he took the field at Empoli’s Stadio Carlo Castellani and he was tasked with marking Colombian international Juan Cuadrado, a player with more than 400 professional appearances under his belt. ‘‘We were trying to implement a high press but he’s one of the trickiest customers I’ve ever come up against. But obviously it was good to really see what I’m like against world-class opponents.’’ Cacace has been in and out of the starting XI since his arrival, making eight appearances and four starts, but he said the style of the game has taken some getting used to. He said the pace of the game was not as fast as it was in Belgium, but the players were technically better on the ball, forcing the hard-running fullback to work more on the defensive side of his game. ‘‘I’ve improved a lot with my defensive abilities. I got caught out a few times, but I’ve learned a lot with these coaches here. When I signed I didn’t think I was going to be chucked in so soon. I had maybe three or four training sessions and then I was on the bench against Bologna and made my debut. ‘‘This is new for me, playing one game and sitting out the next but I’ve just been grateful to get the starts against the big teams and to play in Serie A and hopefully I can really push on next season.’’ Cacace grew up supporting Napoli as a boy and he still has family that live in Naples, including his grandmother, who he visits whenever he can. He said it was surreal to play against them on April 25, with Cacace helping Empoli overturn a two-goal deficit to snatch a 3-2 victory. The result was significant as it dashed Napoli’s hopes of winning the league, but also went a long way to securing Empoli’s survival after earning promotion from Serie B last season. ‘‘Growing up supporting them and my whole family living in Naples, it was a great feeling and to also beat them was weird. Obviously I want them to do well in the league, but I’m here with Empoli and at the time we weren’t secured safety in the league, so I was happy to do my part and turn the game around.’’ As well as getting a chance to reconnect with some of his extended family in Italy, Cacace has also been busy learning the language. He admitted many people in Italy had just assumed he was fluent in Italian because he had an Italian name and was of Italian descent. He knew some words, but his first press conference was mainly in English and conducted through a translator. By avoiding relegation, Empoli have triggered a clause that means they are now obligated to sign Cacace to a permanent deal. After creating history as the first New Zealander to play in the men’s Serie A – Football Ferns striker Katie Rood played for the Juventus women’s team in 2017 – Cacace said he was looking forward to achieving more milestones. ‘‘It didn’t really hit me that I was the first Kiwi but as time has gone on it’s become very special to me to look back at it. ‘‘ It was a very special moment for me and my family but, hopefully, I can keep achieving goals. ‘‘I’m just riding this dream of mine and hopefully I can keep getting better and better.’’