At first approach only one insurer offered cover – with a $250,000 excess. The landlord has since managed to find cover but tells Geraden Cann that the situation hints at discrimination. 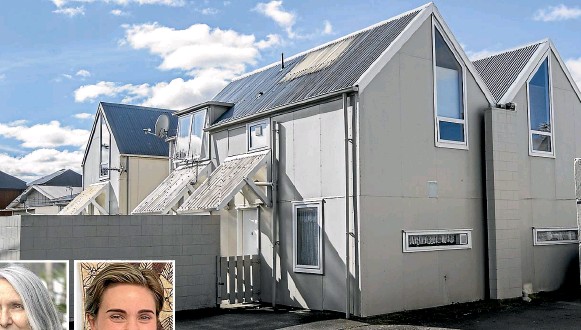 When Matthew Ryan came to renew the insurance on a block of 18 properties he had decided to rent to a social housing provider, he was shocked to find almost no insurers would provide cover. Of the eight insurers and underwriters approached by his broker, one offered cover, and the premium almost doubled to $38,000, with the option of a $10,000 excess if he opted for a policy that did not cover malicious damage or arson. If he wanted full cover, however, the excess went up to $250,000, which Ryan said meant one of the properties would have to burn down completely before it was worth claiming. Most of Ryan’s properties would be filled by Aro Mai Housing First tenants, a partner of Emerge Aotearoa. Aro Mai operations manager Taone O’Regan said it was getting harder for private providers to get cover, and some were walking away and rejoining the private market. Ryan said insurers’ stance bordered on discrimination and it could put off other private landlords from providing their properties to social providers. ‘‘Regardless of whether I rent it to John Smith, or Emerge Aotearoa rents it to John Smith, what difference does it make? It’s the same John Smith,’’ he said. Ryan has now secured insurance, which he gained by using the property’s original broker, who he said was able to secure the policy because of his relationship with the insurer. ‘‘As a country, we seem to be getting more involved in providing this safety net for people who can’t find accommodation in the current crisis,’’ Ryan said. Ministry of Social Development figures support Ryan’s outlook, with 26,868 applicants on the Housing Register at March 31, a 13% increase on the same time last year. Ryan shared the results of his broker’s attempts to get cover. Government-funded housing was cited as a reason for rejection in four attempts, with other insurers reported as no longer accepting new business in Wellington or being unwilling to provide cover because of earthquake risk. There were 4728 households in emergency housing in March. The Ministry of Housing and Urban Development records more than 75,000 properties as social housing, of which about 11,000 were provided by community housing organisations. Ryan is leasing his 18 properties in Lower Hutt and another six in Kelburn to Emerge Aotearoa. Two-thirds are used for social housing tenants, often former homeless, and the remaining third are for recently released prisoners. O’Regan said other private landlords were already backing out. She said two smaller landlords had backed out in the last couple of weeks after insurance quotes jumped from the hundreds to the thousands of dollars. She said insurers’ reluctance had started to increase in 2020. ‘‘We haven’t seen any evidence or heard any evidence that it is about people in social housing. The risk is we cannot get properties because of it,’’ O’Regan said. ‘‘Which is a pity, because we look for the right property for the person.’’ Vic Crockford is the chief executive of Community Housing Aotearoa, a national organisation representing the country’s social housing providers. She said the organisation had seen the issue of insurers querying providers of social, emergency and transitional housing arise from time to time. ‘‘As long as providers work with the Ministry of Housing and Urban Development in regard to this, and we are also able to support them in doing this, any issues an insurer may raise should be able to be worked through.’’ She said she had not noticed any marked uptick in insurers refusing to provide cover in recent years. An Insurance Council spokesperson said that generally, insurance remained available for businesses providing cover for social housing tenants, but he claimed that data showed social and emergency housing was higher risk than owner-occupier private rentals. He said insurers would assess applications on a case-by-case basis using a variety of criteria. ‘‘These include: claims history, particularly if they have a history of large and frequent claims; factors such as location, for earthquake or flood risk; and building construction characteristics.’’ The spokesperson said insurers were aware that just because someone was a social or emergency housing tenant did not mean they were necessarily higher risk. In cases where a landlord was contracted to a third party for the provision of social or emergency housing, such as in Ryan’s case, it could make it difficult for them to fulfil their policy obligations regarding vetting tenants and undertaking regular inspections. ‘‘This is because the actual tenancies are often arranged by the third party. ‘‘Therefore, the owner might not know who is in the property and what their circumstances are with regard to meeting the terms of their cover.’’