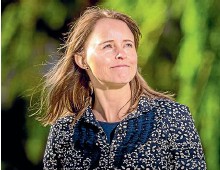 A New Zealand-based organisation and a Palestinian tech entrepreneur want to develop the first tool to accurately measure human rights in Israel and Palestine. Bassma Ali came to New Zealand in 2019 as part of the Edmund Hillary Fellowship when she met Anne-Marie Brook, a cofounder of the Human Rights Measurement Initiative (HRMI). Ali had co-founded GGateway to provide tech jobs for young people in Gaza. The company was featured in Time as one solution to the high unemployment rate there. When she returned home to Gaza, and was surrounded by intensifying conflict, Ali asked herself what she could do to help. She approached Brook, offering to help extend HRMI – which measures civil and political rights in 39 countries, including Aotearoa – to a part of the world consigned to the too-hard basket at that point, in part because of the complexities of dealing with three governing authorities in the area. Many people are surprised that the United Nations, an intergovernmental body, does not already gather key human rights data, Brook said. ‘‘This is the sort of information governments don’t collect themselves, and the UN doesn’t collect it because it’s very politically sensitive,’’ she said. ‘‘Governments generally don’t want to tell you how many people have been abused by the police, for example, which qualifies as torture and ill-treatment, and even if they are willing to, there will be underreporting.’’ Ali said she hoped that measuring human rights accurately would make a difference to a very complex problem. ‘‘The idea of this is to make people hear each other from other perspectives . . . We have been stuck in conflicts [with a] very miserable human rights status for both Palestinians and sometimes for Israelis as well,’’ Ali said. ‘‘For too long it has been dehumanising ... Maybe it will not resolve 100%, but I think it’s a step on a thousandmile journey that we should start.’’ Ali said it was something that had not been done before, despite the huge impact the conflict was having on civilians who were unable to access resources such as clean water, who had their movement restricted, and who were denied other human rights. ‘‘This has caused illegal immigration, many casualties or many people passed away, or lives taken during these armed conflicts, and many disabilities in the community,’’ she said. ‘‘Always the news [shows] the politics, the conflicts, the casualties in the army or in the resistance in Palestine, but nobody talks about the human rights ... There hasn’t been any organisation that identifies the framework and agrees with both Israelis and Palestinians working together on measuring human rights performance.’’ With help from the Edmund Hillary Fellowship, they hoped to raise $38,000 through the Open Collective platform in the first step towards developing a survey specifically for the region. The first survey is likely to run in 2024, if all goes to plan. ‘‘In the Israel-Palestine region, you’ve got three governing authorities – one in Israel, one in Gaza, one in the West Bank. So our normal survey – we can’t just roll it out in Palestine-Israel as we can in the rest of the world,’’ Brook said. Ali would be Palestinian co-leader of the project, along with an Israeli co-lead, and the two would facilitate the survey’s design along with other representatives. ‘‘The goal, as with all our work, is to produce really robust and nuanced data that people on both sides of the border, so to speak, can agree is accurately capturing the situation,’’ Brook said. Launched about five years ago, HRMI tracks countries’ performances on 13 rights as defined by international human rights law. Next year it will cover more than half the world’s population, Brook said. ‘‘One of the things we say is what gets measured gets improved, and I think the fact that HRMI is independent from governments is really critical.’’