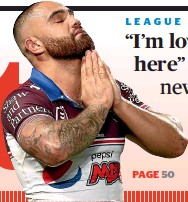 Moana Pasifika captain Sekope Kepu says the bar has been raised higher for the upcoming Super Rugby Pacific season. Having picked up two wins in their maiden campaign, against the Hurricanes and Brumbies, Moana Pasifika are looking to build on that and with a squad now established and more time to prepare, Kepu is looking for improvement. ‘‘The most important thing is what we expect from ourselves,’’ Kepu said. ‘‘We got a couple of wins, we came close in a few other games. ‘‘We’re setting our bar high and we’re not taking anything less. We’re doing that in our training, our day-to-day behaviours and now everyone knows what that intensity is and what to expect. ‘‘We are looking to build consistency in everything we do. Obviously, results are everything and we’ll be aiming to get a few more wins and try to make the business end of the season.’’ But Moana Pasifika will have to manage without Kepu for the start of the season as he continues his recovery from snapping his Achilles in September and isn’t expected to be back until March. Although he’s not on the field with the other players during preseason training, Kepu still keeps on top of his leadership responsibilities. ‘‘I get involved, especially in our units,’’ he said. ‘‘It is harder not being out there training, but we schedule our injured programme so that we’re here for units and meetings, so we’re well aware of what’s going on and with the previews and reviews of training sessions.’’ The 36-year-old Kepu made his Super Rugby debut for the Waratahs in 2008. Even though he’s reaching the end of his time as a professional rugby player, joining Moana Pasifika has revitalised his career and he’s been the perfect person to be the team’s inaugural captain. He doesn’t yet have a deal with Counties Manukau for this year’s NPC and right now. ‘‘It’s hard to say. For me, you never say never,’’ he said. ‘‘My first goal is to get back running in a few weeks and build that up, then get a game. ‘‘I’ll then try to have a good season this year and see what comes from that, but first things first, it’s to get back out there running.’’