The sound of silence

Gigs and bands are the beating heart of the New Zealand music scene. But the venues face noise complaints and rising rents, writes Daniel Smith. 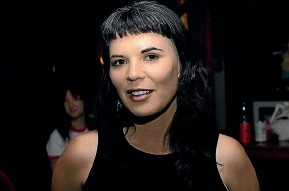 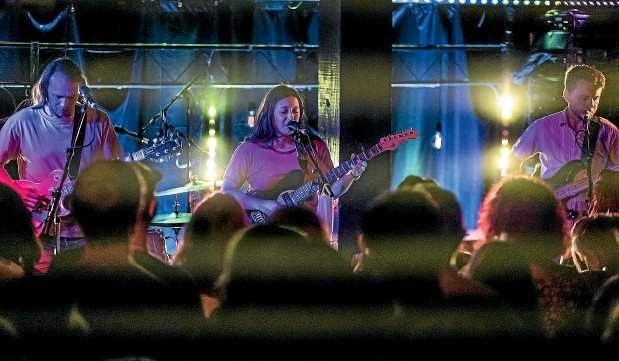 After surviving through years of successive Covid-19 lockdowns, music venues throughout the country are facing a new threat: Gentrification and urban development. Whammy Bar has been serving the Auckland music community and international touring bands for over 15 years. But co-owner Lucy Macrae said that since the announcement of the City Rail Link being built down the street, gentrification and corresponding issues had been front of mind for the venue. ‘‘The increasing property value in the area, resulting in rising rents, increased costs and demographic displacement is a major issue,’’ Macrae said. Situated in Karangahape Rd’s St Kevin’s Arcade, buried in a basement which protects surrounding businesses from noise, Whammy and its neighbouring bar Wine Cellar are the ‘‘perfect venues’’. ‘‘We are right in the middle of a busy metropolitan street, that is about to have public transport on its doorstep, in a university city that’s population increases each year. So it would be super-disappointing if gentrification and rising costs was the reason that we are forced to shut.’’ To combat this, Macrae wanted Auckland Council to put in place rent controls to protect existing cultural spaces from being shifted out by urban development. Auckland Central MP Chlöe Swarbrick said the council and Government needed to do more to protect music venues from the threat of gentrification. ‘‘We haven’t done particularly well at planning for, let alone protecting these venues. The issues they are facing, particularly in some of the increases to commercial rent, shows a lack of understanding of precisely why places like Karangahape Rd are so valuable,’’ Swarbrick said. A City Rail Link stop being built 350 metres away meant many Karangahape Rd businesses now faced a prospect of ‘‘massive rental increases’’, which could have a grave effect on the culture of the city, she said. ‘‘There is a responsibility on all of us to uphold the kind of city we want to live in. And that city must be diverse in opportunity and have critical pockets for people to be creative, particularly for our music scene.’’ Auckland’s music venues were not the only ones facing trouble, with other cities facing a similar standoff between increased urban densification and existing cultural centres. In Christchurch, the owners of three venues, Darkroom, Space Academy and 12 Bar, voiced fears noise complaints could put them out of business after work began on 18 townhouses on a neighbouring property. Save Dunedin Live Music spokesperson Dave Bennett said Dunedin was in a similar situation with only two music venues that could host live bands and one of these, the historic Crown Hotel, was at risk from an apartment block being built next door. Bennett supported building more houses but said the city council needed to change the way it looked at music. Rather than looking at music as a social amenity or a public good, council planners throughout the country viewed music as ‘‘noise to be controlled’’, Bennett said. This created a precedent of antagonism rather than collaboration between councils and venue owners, he said. The current state of Dunedin music venues meant the student quarter now had almost no social nightlife businesses, which had led to a proliferation of unregulated house parties which were generally a bad option for everyone involved. ‘‘Music venues are not just for music’s sake. They are places that give students a chance to engage in socialising within a safe environment,’’ Bennett said. Local Government New Zealand chief executive Susan Freeman-Greene said councils recognised music venues were a ‘‘huge part of the social fabric’’ that allowed cities to thrive. But councils needed to balance the different interests of their particular communities against issues like population growth, she said. ‘‘That’s why it is really important that all parts of the community are heard, and also why the Government’s reforms of the consenting system have to put local voice front and centre.’’ Taylor MacGregor, spokesperson for Save Our Venues, an advocacy group for music venues nationwide, said the current situation should concern the entire arts sector. ‘‘Grassroots music venues are extremely important for the music ecosystem of New Zealand. They are the access point for audience development, they create jobs for people that want to work in the industry, and are how our artists grow and go onto bigger things. Without the venues that all falls apart,’’ he said. Across the country venues faced similar issues due to councils fast-tracking housing and infrastructure developments. But these developments needed to take live music into account, or they might accidentally destroy the very things that contributed to the fun of living in the inner city. ‘‘We should be planning our cities with live music in mind. That means making expectations for developers to insulate for sound to benchmark standards, both for the venues and for the people living in those properties.’’ Noise control measures were currently punitive, and treated licensed bar gigs in the same way as house parties, which was not fair on venue owners, he said. If councils refused to work with music venues it could mean tough times ahead for the New Zealand arts sector. ‘‘Venues are the cultural infrastructure that make New Zealand music happen. It is so important that we do everything we can to support them, and go out and see some live shows.’’